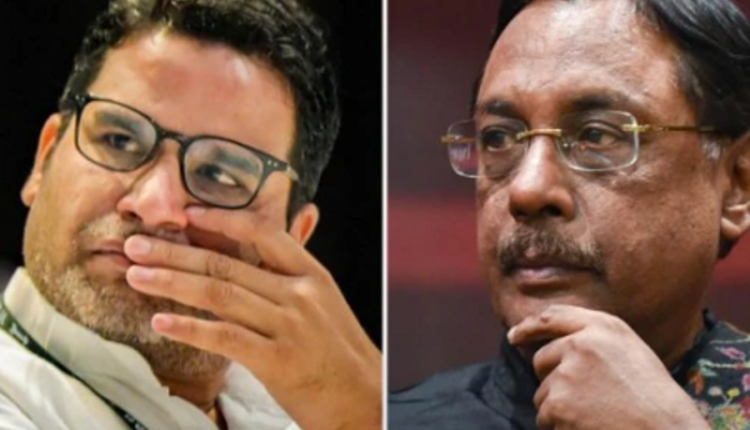 PATNA: In the morning of January 29, they were likened to the deadly “Corona virus” and in the evening both Prashant Kishor and Pavan Varma were thrown out from the ruling JD-U headed by Bihar chief minister Nitish Kumar.

This has brought Nitish one step more closer to former BJP chief Amit Shah since accusing fingers were being raised at Nitish for keeping silent while both his colleagues had gone all out frequently criticising the recently-passed contentious Citizenship act (CAA) and proposed National Register of Citizens (NRC) in public.

The million dollar question now being hotly debated in political circles is why Nitish acted against the duo so late. Was Nitish really angry with them for opposing the CAB which his party had supported in the Parliament or were there some other reasons which prompted the JD-U chief to act against them?

“Both had turned Bhasmasura. Whoever was given the place in the party, majority of them turned Bhasmasura and it was inevitable to throw them out to keep the party safe,” remarked JD-U’s main spokesperson Sanjay Singh.

In Hindu religion, Bhasmasura was a demon who was granted the power to burn up and immediately turn into ashes anyone whose head he touched with his hand.

The JD-U insiders, however, tell an altogether different story of their expulsion from the party. According to informed sources, Nitish had given “free hand” to both Kishor, poll strategist-cum-national vice-president, and Varma, diplomat-turned-politician acting as party general secretary, to make comments over every issues in a bid to put pressures on the BJP which had been planning to project its own CM candidate for Bihar this time, bolstered by its tremendous performance in the recently held Lok Sabha polls when the NDA bagged 39 out of Bihar’s total 40 seats.

It was under the part of this game-plan that the BJP leaders, such as Sanjay Paswan, Mithilesh Tiwari, Dr CP Thakur, Sachchidanand Rai, Nitin Navin and others kept on demanding for projecting someone from the party as the CM candidate. Their contention was that Nitish should vacate his throne for the BJP which support him for so many years and himself shift to national politics.

Of them, former Union minister Paswan went to the extent of even saying that the people of Bihar are “tired” of seeing Nitish and “the state now needs a BJP CM, be it Sushil Kumar Modi, Nityanand Rai or anyone else”.

Around the same time, the JD-U which is a key alliance of BJP in Bihar was kept out of NDA alliance in Jharkhand by the BJP which went it alone in the elections. Finally, the BJP lost another state after Maharashtra.

Sources said the JD-U found a golden opportunity in the successive defeats of the BJP in two states and sought for projecting Nitish as the NDA’s face for Bihar. While one section of the JD-U leaders led by RCP Singh, Rajya Sabha Member, kept on saying that the NDA will go to polls under the leadership of Nitish, another section led by Kishor demanded lion’s share of seats for JD-U saying it has more seats in the State assembly than the BJP. Kishor also rejected BJP’s 50-50 formula for seat distribution for assembly elections.

“In no way, JDU-BJP will contest on equal number of seats in 2020 Bihar assembly polls. I can assure you that. In 2019 LS polls, JD-U sacrificed and contested equal number of seats as it was Narendra Modi’s elections. In Bihar, the formula of 2010 will be adopted when JD-U had contested on 143 seats and BJP on 100 seats,” Kishor had said in his interview to the news channel in December end.

Apart from staking claims on more seats, Kishor along with Varma also continued stepping up attacks on the BJP by strongly opposing the CAA, NPR and NRC. While Varma spoke against them in the media, Kishor said it through his tweets at frequent intervals.

Strangely, Nitish never questioned them. Nitish also ignored Kishor when the latter met him last month and also rejected his resignation Kishor had reportedly offered. Instead, the chief minister had asked him to keep doing his works unmindful of what others comment.

Apparently, under pressures from constant JD-U attacks, Amit Shah finally declared Nitish as a NDA’s face for Bihar at a rally in Bihar earlier this month. Although the rally had been organised in support of CAA, Shah used the occasion to declare Nitish as NDA’s face in a bid to put a brake on conflicting statements coming from both the parties.

But both Kishor and Varma didn’t stop even after BJP finally accepting the leadership of Nitish in Bihar. Experts say Nitish’s own political future would have been at stake had he remained silent further.