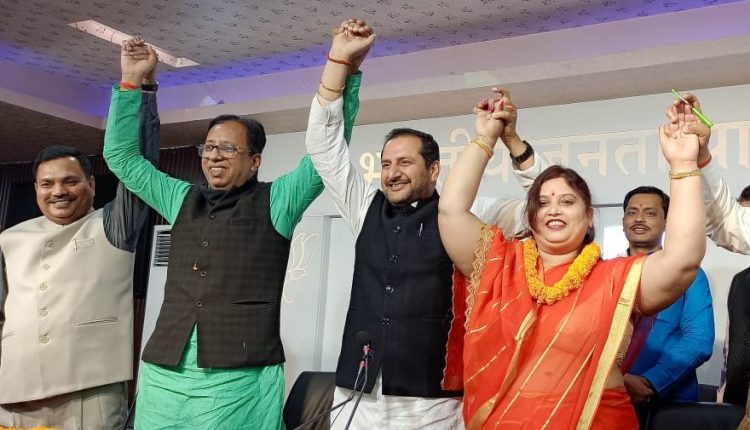 PATNA—In another setback to the Lok Janshakti Party (LJP) headed by Chirag Paswan, party’s lone member in the Bihar Legislative Council joined the BJP on Monday.

“I decided to join the BJP since my husband too in the same party. Now, both of us can work together,” Singh told the media on Monday.

The development comes days after more than 200 LJP leaders, including 18 district presidents and several party office-bearers, quit the party to join the JD-U.

LJP’s lone member in the Bihar assembly Raj Kumar Singh too is soon to quit the party. According to media reports, he already has met two ministers in the Bihar government including the chief minister.