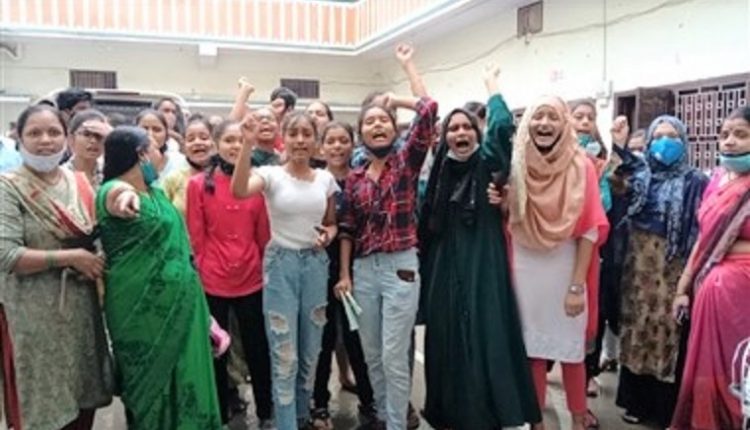 PATNA—The declaration of Class 10 results by the Central Board of Secondary Examination (CBSE) has triggered massive protests in Bihar with the students and the guardians raiding schools and attacking the school officials for whimsical marking. Quite many students have complained they have not got the marks as they expected given their performance in the past.

As per the marks distribution formula prepared by the CBSE, students were to be given 10 marks based on their Periodic Test/Unit Tests, 30 marks from Half-yearly/Mid-term examinations, 40 marks from Pre-Board examinations and 20 marks from internal assessments.

However, quite many students feel cheated after seeing their mark-sheets and are protesting on protesting on the streets, demanding an inquiry into what they describe as “big scandals”.

On Thursday, a crowd of students and their parents protested before the Shivam high school in Patna and also assaulted some school staffs. The protesters alleged the school administration had played with the career of the students by not adhering to CBSE formula and given low marks than expected.

The school witnessed protests for the second consecutive day today, prompting the administration to seek help from the local police.

Similar protests were reported from Muzaffarpur district where the students and the guardians angrily protested before the Paramount school, charging the school administration of adopting biased approach in awarding marks to students.

In Banka too, angry mob of students and their relatives created scenes at the Sarswati Vidya Mandir, accusing the school principal of giving good marks in exchange for money.

One of the students Shruti Kumari even alleged that the school administration spoiled the career of those students who didn’t join private tutorial classes of school teachers and has urged the local district magistrate to order an investigation into the matter.

Such was the protests that the school administration had to call in the police force to control the angry mob of protesters. Similar protests were also reported from Aurangabad, Rohtas and Araria districts.

Meanwhile, Litera valley School, a private education institution located in Patna, has come under scanner after as many as 17 students obtained 99.8 percent marks (499 marks out of 500). Several parents and students have lodged formal complaints with the CBSE and sought an inquiry into the matter.

Bihar Public School and Children Welfare Association Chairman Dr DK Singh said that injustice had been done to the students, alleging many schools had given arbitrary marks in connivance with CBSE. He demanded an inquiry into the results of such schools.