Angry thieves uproots ATM, carries with them after being unable to extricate cash 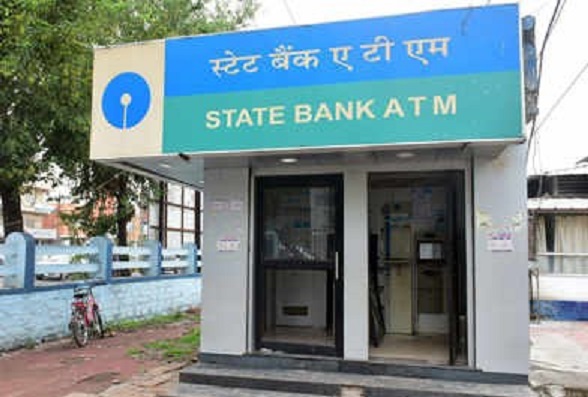 PATNA: Angry thieves in Bihar carried the whole ATM machine with them after they failed to break the machine and loot money.

Bank officials said the robbers entered an ATM kiosk of State Bank of India post midnight and tried to extricate cash by breaking the machine. Unable to loot cash, the thieves carried the whole ATM with them.

“After being failed in their attempts, they later carried the whole ATM machine with them. A total of Rs28,83,400 (Rs2.88 million) was stashed in the ATM,” a bank official told the local media on Thursday.

ALSO READ: Bihar villager digs out grave for himself close to his mother’s tomb

The police have registered a case and the matter is being investigated.

Loot of ATMs has registered an alarming rise in recent months. In some cases, the robbers uprooted the ATMs and carried with them as they failed to take out cash from the machines.

One such incident was reported in July last year from Masaurhi block of Patna district where the robbers stole away Rs17,68,000 (Rs 1.76 million).

The robbers had uprooted the ATM and fled with a pick-up van they had brought with them when they failed to extricate the cash stored inside.

Another such incident was reported in August last year from Bhojpur district where the robbers fled with the ATM machine with Rs39,000 stashed inside.