Lalu very angry with son Tej Pratap Yadav, tells him to mend his ways or be prepared to… 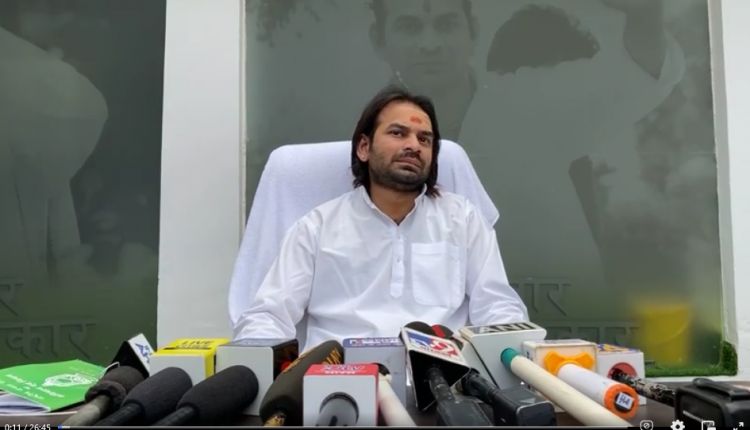 PATNA—Rashtriya Janata Dal (RJD) president Lalu Prasad is very angry with his elder son Tej Pratap Yadav often seen creating nuisance in public and has even threatened to expel him from the party if he doesn’t mend his ways, media reports said on Sunday.

Reports said the party chief as well his family members are very irritated at the way he is behaving in public and insulting the senior party leaders. They have warned him to remain in his limit.

“Lalu ji is very angry and has even stopped receiving Tej’s calls,” a senior party leader told the local media on Sunday, adding the man has been clearly told not to create nuisance in public.

The leader further dded, “Laluji may take strict action against him and even throw him out of the party”.

“He is my elder brother is another matter but our parents have taught us to be disciplined and respect our elders,” Teshwashi told the local media.

Angry Tej Pratap had even criticized his younger brother and then accused a party leader of creating rift between the two brothers but none has taken any notice of his accusations. He even accused Tejashwi of fleeing the state while leaving flood victims at the mercy of god.