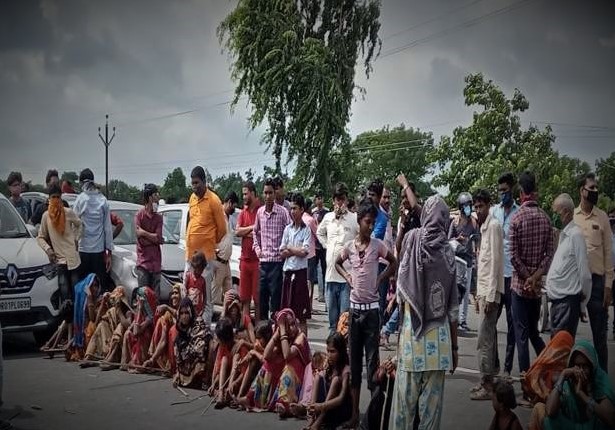 PATNA—Angry flood victims blocked national highways in Bihar to protest lack of relief and other basic amenities at this critical times.

Reports quoting local media said the traffic on the busy NH-57 remained disrupted for over four hours after the flood victims blocked the road in Muzaffarpur district of Bihar on Thursday.

They said while they were exposed to the Coronavirus, the government was not providing them even basic relief such as plastic sheets, potable water and toilet for the female taking shelter under the open sky.

On Wednesday, the flood victims in Sakra block of Muzaffarpur district had attacked a police team and also damaged their vehicle for lack of flood relief.

They were angry over the local administration not arranging for relief materials to them even though they had taking shelter under the open sky along NH-28. Many families have been facing starvation due to lack of relief materials. They also blocked highway in protest but that failed to bring any help.

Floods have affected a total of 16 districts out of state’s total 38, affecting more than 6.66 million populations and killing close to 24 people, according to an official report. Unofficial reports, however, put the toll at much higher.

Bihar rape victim gets justice after her death

After closure of all educational…