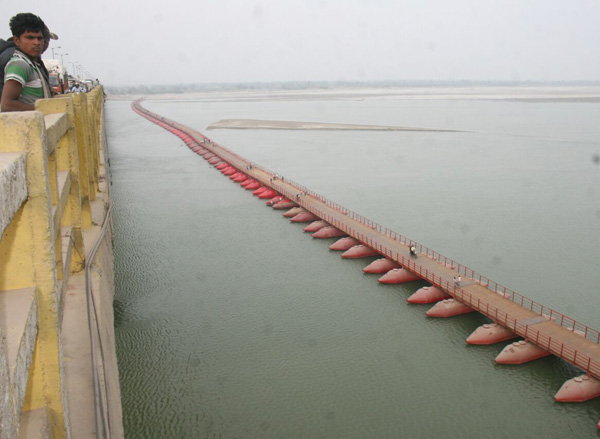 The bridge which has been constructed parallel to the Mahatma Gandhi setu, Asia’s longest cantilever bridge, will connect Patna with Hajipur which is headquarters of Vaishali district.

“The movement of vehicles on this bridge will ease traffic on the Mahatma Gandhi setu and prove to be a big relief for the people of Bihar,” Tejashwi who also holds the road construction portfolio said while inaugurating the bridge.

Last year, the Cabinet Committee on Economic Affairs chaired by the Prime Minister Narendra Modi had approved the rehabilitation of four lane 5.575 km long Mahatma Gandhi Setu over Ganga at Patna in Bihar.

The bridge will be constructed after dismantling the damaged pre-stressed cantilever arms superstructure and subsequent re-decking by steel truss.

The project will be in Engineering, Procurement and Construction (EPC) mode. The cost is estimated to be Rs.1742.01 crore.

The rehabilitation of Mahatma Gandhi Setu will also help in uplifting the socio-economic condition of this region in the State.

Four-lane Mahatma Gandhi Setu at Patna on Ganga River was constructed during year 1980s by State Government of Bihar.

The bridge is very important link between North Bihar and South Bihar and is a route for several economic as well as socio political activity.

The business of Nepal and Bhutan is also flowing through this connection. Ministry of Road Transport and Highways has made efforts to rehabilitate this Bridge since last 15 years but the efforts were not successful.

After a lot of studies through national and foreign experts it has now been decided that only remedy left is to dismantle the existing superstructure followed by subsequent re-decking by steel truss.

Accordingly, a detailed estimate has been prepared for rehabilitation of superstructure of Mahatma Gandhi Setu in Patna, says a PIB Press release.

575 children go missing from Patna in past one year: Report