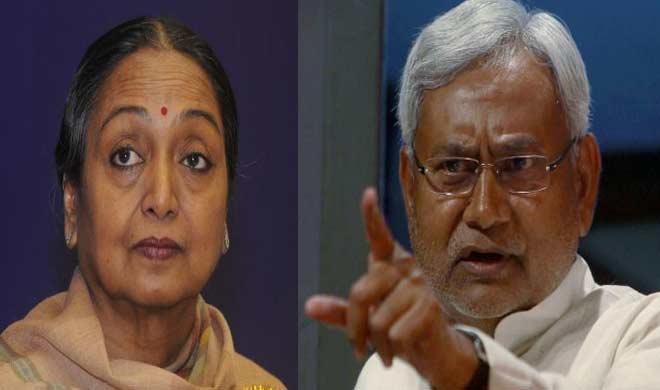 Reports said the chief minister had been advised rest in view of his health problem but he suddenly left for Rajgir in the afternoon, leaving even his close political colleagues startled.

As per reports, chief minister left Patna apparently to avoid any meeting with Meira Kumar who is in Patna to seek support of various parties for presidential elections.

The chief minister will be staying in his hometown for two days and Meira Kumar too has arrived Patna on two-day visit, the local media has reported.

Kumar’s JD-U has announced its support to NDA’s Ram Nath Kovind against opposition’s Kumar despite she hailing from Bihar.

The development comes amid reports of the Congress vice-president Rahul Gandhi and Nitish Kumar reaching at a rapprochement after initially fighting over the issue of support to NDA’s presidential candidate.

Nitish falls in line, to support opposition in vice-presidential elections