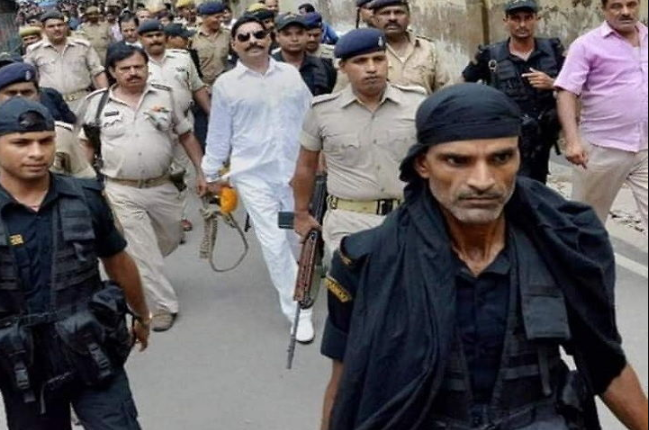 PATNA: A local court in Bihar on Sunday remanded controversial legislator Anant Singh to 14-day judicial custody after he was produced in the court.

Singh who had been absconding in connection with a criminal case relating to the recovery of AK-47 rifle from his house was today brought to Patna by a Go Air flight after which he was rushed to Barh to be produce in a local court.

Reports said he was taken to Barh under heavy police security and then sent to Beur jail in view of the court’s order.

His wife Neelam Devi alleged the police didn’t allow her to meet her husband and was kept under house arrest.

Singh had surrendered before a Saket court in Delhi on Friday after absconding for a week.