AIIMS to RIMS: How Raghuvansh’s resignation letter travels between two hospitals to ‘disinfect’ its RJD association 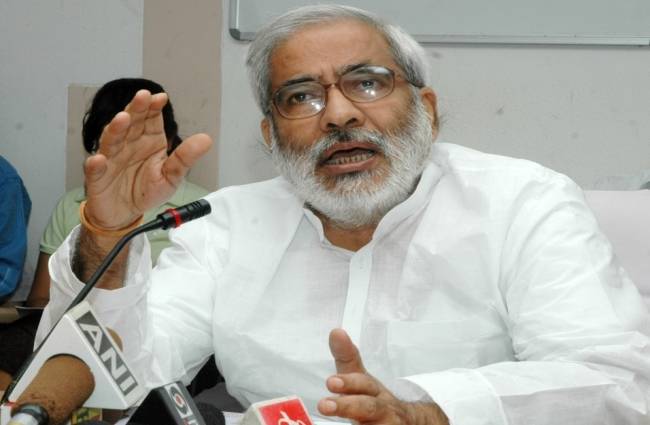 His resignation is being considered as a big setback to the main Opposition RJD just ahead of the upcoming Bihar assembly polls.

Former Vaishali MP Singh was associated with RJD president Lalu Prasad for the past 32 years and remained through thick and thin with him all these years, without any vacillation in his stand.

However, he got upset after the party initiated the move to induct his arch-rival Ram Singh into the party.

Although the RJD postponed Rama’s induction plan, Singh remained annoyed and finally, he sent his resignation to the RJD from the hospital bed.

He is currently admitted to AIIMS, Delhi, undergoing treatment for his post-corona complications.

“Since the death of Jannayak Karpoori Thakur, I stood behind you for 32 years, but not anymore. I received much affection from the party, leaders, workers and common masses. Please forgive me,” said Singh’s one-page hand-written letter written on plain paper.

What was further interesting, the sender is recuperating at “Delhi AIIMS”, the addressee is admitted to “RIMS hospital, Ranchi”.

Lalu who is serving serving prison term in fodder scam is admitted to the RIMS for various health-related problems.

Indian villagers mourn death of friends who stayed together, worked together and also died together!