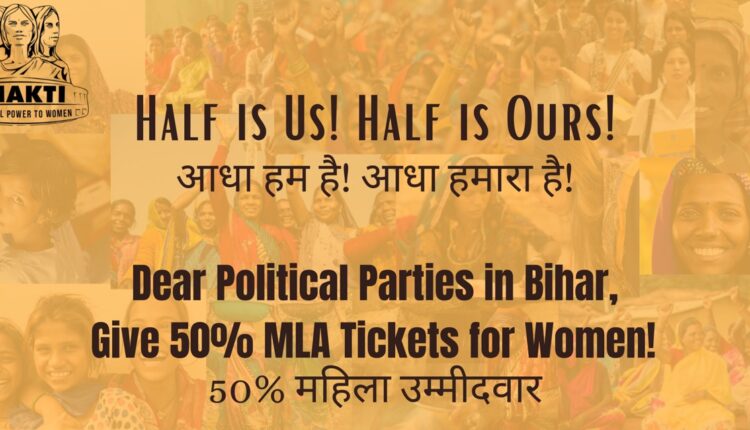 PATNA—Women groups in Bihar have launched an intensive campaign on the social media demanding that 50 percent seats be reserved for them in the state assembly as the election process slowly gets momentum.

It said Bihar was first state to pass 50% reservation for women in Panchayats. “Why can’t parties give 50% MLA tickets to women for Bihar Vidhan Sabha? Is there a glass ceiling?” it asked.

“We are loosing on a lot, fulfilling which will add to the real development scenario of the society. Equal women representation is what society is craving for. Are we listening?” commented a twitterati @pkponder.

@tarauk commented, “Men have 85-99% reservation in Bihar Vidhan Sabha although women at 1/2 the population, vote at 60% compared to men at 55%! How is it democracy?”

The assembly elections in Bihar are scheduled to be held in October/November this year though most of the opposition parties in the state sought for postponement of the elections in view of Corona pandemic.