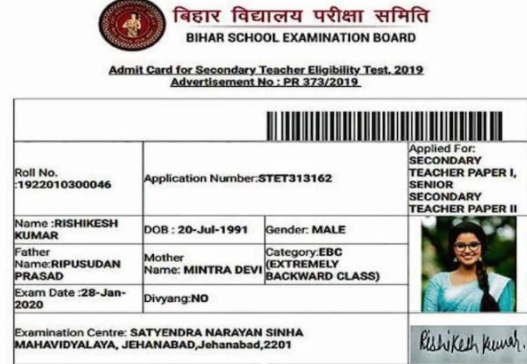 PATNA—The Bihar School Examination Board (BSEB) has come under fire once again after it pasted the photograph of Malayalam actress Anupama Parameswaran on the result sheet of a candidate named Rishikesh Kumar.

Rishikesh, a resident of Jehanabad district, had filled up his online form for the State Teachers Eligibility Test (STET) in 2019.

Everything was fine till he filled up the registration form. He was hugely surprised when he found the photograph of the south Indian actress first on his admit card and later on the result sheet.

The student is now making rounds of the BSEB office to get it corrected soon. The result sheet has now gone viral in social media.

As many as 17,000 candidates had applied against vacancy for 214 posts of Junior Engineer (Civil) in Public Health Engineering Department (PHED), Bihar and one of them surprisingly was 27-year-old Leone who claimed herself as a resident of Patna.

All the candidates were told to fill up their application online and the prominent actress namesake from General category topped the merit chart for having 98.50 percent marks.

The entire story hit the media headlines after this merit chart with Sunny Leone as topper went viral in the social media.

Bihar girl tied to tree, beaten to death for repeatedly eloping with boyfriends