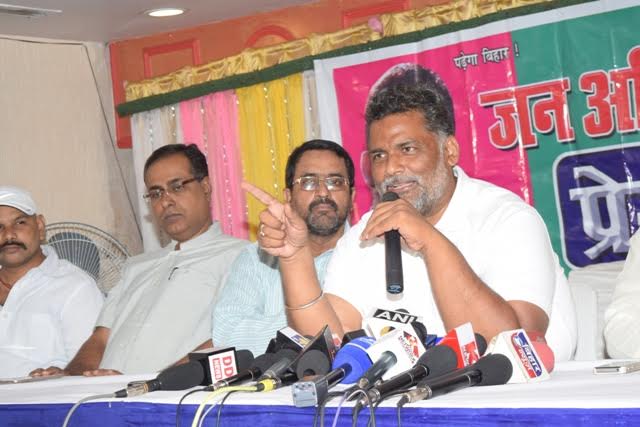 PATNA: Close on the heels of Hindustani Awam Morcha (HAM), another political parties from Bihar, Jan Adhikar Party (JAP) has announced to boycott the human chain programme of the Nitish Kumar government against liquor ban. JAP is headed by parliamentarian Pappu Yadav.

“The continuing illegal liquor trade in the state has failed to stop despite alcohol ban. It is only an eyewash and hence the JAP will not participate in the human chain programme,” state party chief Bhagwan Singh Kushwaha told the media today.

He said instead of forming human chain, the state government should have first form a chain involving the policemen and administrative officials.

Kushawaha further sought for medical examination of all the ministers in the Nitish Kumar government, legislators and top ranking officials should to find out if they have really quit drinking.

He also alleged gross misuse of funds in the name of human chain formation adding all the officials are now busy in making the programme a success instead of monitoring the progress of development schemes.