After Lalu, now brother-in-law Sadhu to marry his daughter in Mulayam family 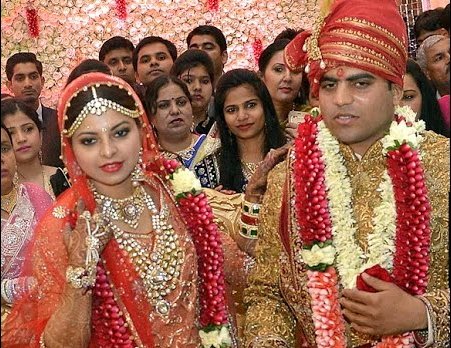 Media reports say the marriage of former parliamentarian Sadhu Yadav’s daughter Isha Yadav has been fixed with a close kin of SP chief. Sadhu is a brother-in-law of RJD president.

As pr reports, tilak ceremony of Isha with Rahul Yadav, a close kin of SP chief, will take place at Iatawa in Uttar Pradesh on April 24 whereas the marriage will be solemnized in Delhi on April 28.

Both were engaged on February 24 this year.

Prasad and Sadhu currently don’t share very good relations and are said to be not even on talking terms.

Their relations soured quite much after Sadhu jumped into the poll arena against his own sister Rabri Devi, wife of RJD chief, during the last 2014 LS polls when she was contesting from Saran seat vacated by her husband.

She was forced to join the contest owing to family compulsions as Prasad himself can’t fight any elections now for his conviction in the multi-million dollar fodder scam.

Also, the 15-year-old RJD regime faced a lot to criticisms and embarrassment owing to controversial acts of Sadhu who later rebelled against his brother-in-law after being denied LS ticket from Gopalganj seat during 2009 polls.

An angry Sadhu joined the Congress but failed to win polls.

Nitish: ‘Patriotism must but we don’t need its certificate from BJP and RSS’