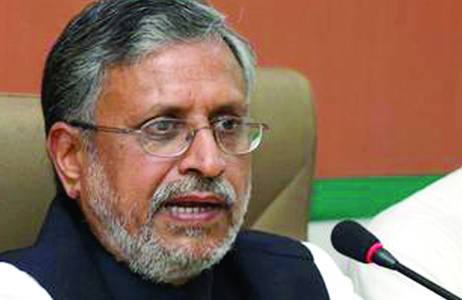 “Nitish Kumar will continue on his throne till 2025. There shouldn’t be any ifs and buts about this,” BJP’s Rajya Sabha Member Modi told the media in Muzaffarpur on Saturday.

Modi who is considered close to Kumar has served as Nitish Kumar’s deputy for long and held the important finance portfolio.

Modi’s statement has been in sharp contrast to a section of BJP legislators who claim “something interesting” will take place in Bihar politics very soon. They said the Nitish Kumar will have to adopt the “Yogi model” to be relevant.

Vinay Bihari and Haribhushan Thakur belong to this group quite vocal against Nitish Kumar these days and demanding that he should be replaced with a BJP chief minister.