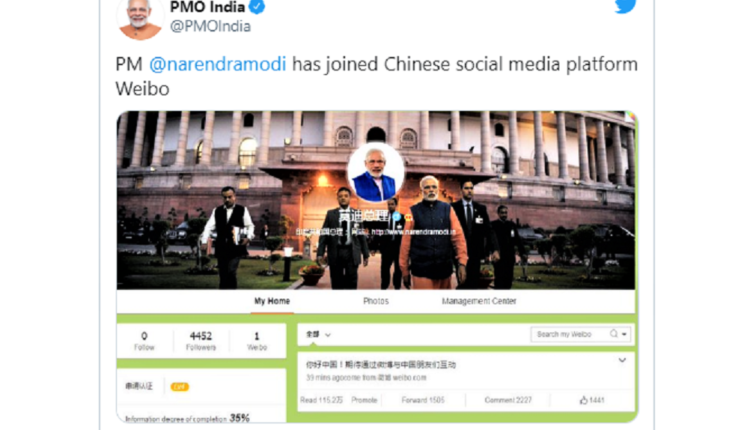 NEW DELHI—Prime Minister Narendra Modi on Wednesday finally quit the Chinese social media website Weibo hours after his government had banned 59 Chinese apps. Weibo was one of the Chinese apps getting banned.

Reports quoting local media said the Prime Minister removed his photograph and deleted all 115 posts made over the past five years.

The developments follow the bitter border clash between the Indian and Chinese troops in the Galwan Valley along the Line of Actual Control (LAC) last month, leaving 20 Indian soldiers dead.

All for small piece of land: Man, wife burnt alive while asleep in their home in Bihar