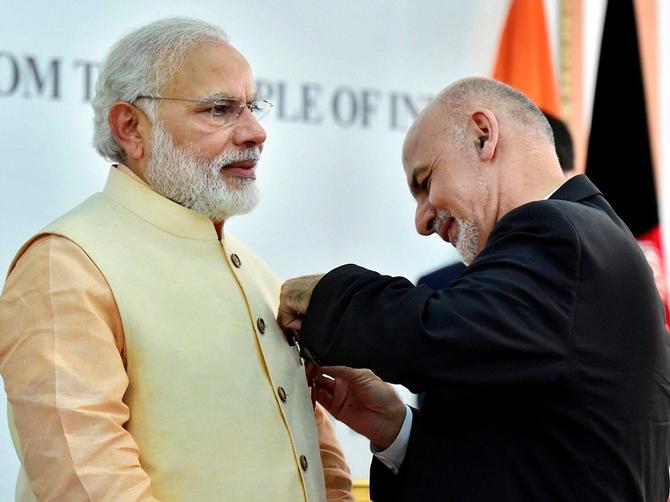 New Delhi: Afghanistan President Ashraf Ghani on Tuesday strongly condemned the cross-border terror attack and conveyed his country’s solidarity and support with India against the actions to eliminate the threat of terrorism.

Ghani, who spoke to Prime Minister Narendra Modi, also expressed his condolences to families of the martyred soldiers in the terror attack on Uri Army camp in Jammu and Kashmir.

Modi thanked the Afghan President for his country’s support.

On Sunday early morning, altogether 18 soldiers were killed and 18 injured after four terrorists, believed to have crossed the border from Pakistan, sneaked into the Army camp located near the LoC and fired a hail of bullets after throwing grenades.

The incident took place when most of the soldiers were asleep. The army camp caught fire following grenade bursts.The terrorists were also killed in the counter attack.