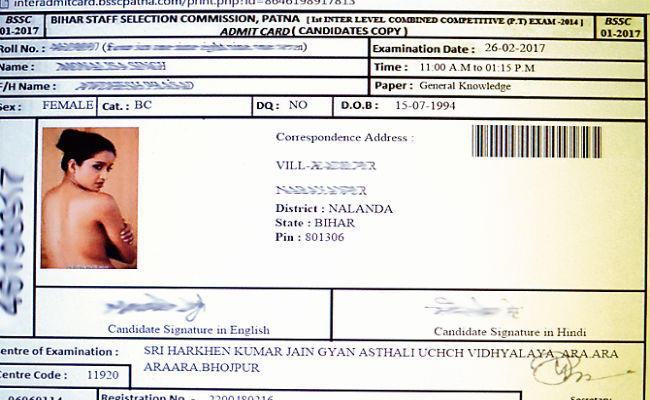 PATNA: The Bihar Staff Selection Commission (BSSC) has come under severe criticism for issuing a girl applicant the admit card with the topless photograph of Bollywood actress.

The candidate, a resident of Nalanda district, had applied for Combined Competitive (PT) Exam to be conducted on February 26. The admit card was issued on January 8.

Victim family members said they were shocked to find such photograph pasted on her admit card.

The incident happened even after she had sent had sent her photograph attached with the application form.

“Instead, nude photograph of a Bollywood actress was pasted on her admit card. This means it was intentionally done either to harass her or make a mockery of her,” the victim family members have told the media.

As per report, the first name of the girl candidate resembles with a Bollywood actress. The said admit card has now gone viral in the social media.