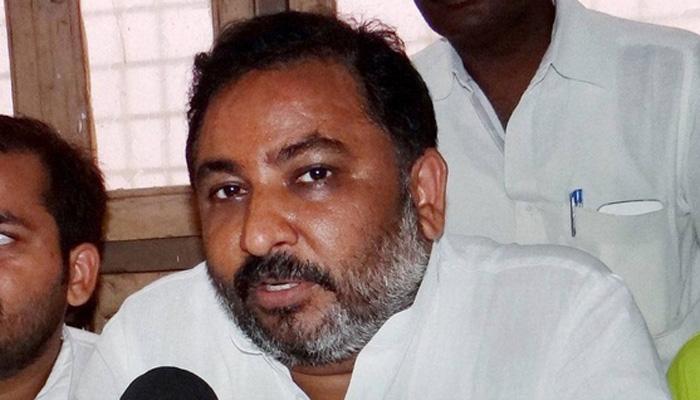 Singh had been on the run for the past about a fortnight after the police registered a case against him in Lucknow for passing derogatory remarks against BSP supremo Miss Mayawati.

He was arrested from the Sugar Mill colony of Buxur district bordering Uttar Pradesh in a joint operation by the Bihar and UP police.

Acting on a tip-off that he was hiding in the home of a close relative in Buxur, the police conducted a raids and nabbed him today.

Singh who was the BJP vice-president had kicked off storm when he compared the BSP chief with “sex workers”, accusing her of selling tickets ahead of the UP state elections after taking money.

The remarks drew strong criticisms from the BJP and other parties as the BJP finally expelled him from the party.

Subsequently, a case was also registered against him with the UP police. The court also refused to stay his arrest warrant, prompting him to go into hiding.

A couple of days back, he was seen offering prayers to Lord Shiva at Deoghar in Jharkhand.

The footage soon went viral in the local media as the BSP chief charged the BJP of shielding the accused.