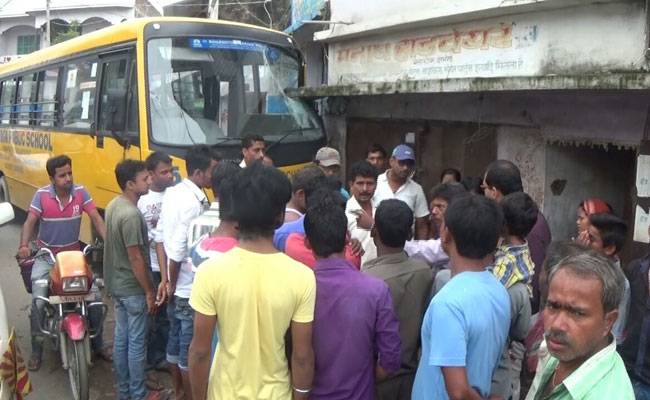 PATNA: A man in Bihar made abortive attempts to hijack a school bus carrying 49 children before he was caught by the people and given a sound beating.

The incident took place in Darbhanga, a north Bihar town some 130 km from Patna, on Thursday morning.

Police said the driver was carrying the Darbhnaga Public School children to school when a motorcycle rider overtook it and began driving himself after throwing the driver out of bus as the children cried for help.

In the meantime, the bus hit with a road-side building and came to a stop.

Soon, the people chasing the school bus caught hold of the the man and gave him a sound beating before handing him over to the police.

The youth identified as Bhaskar Jha reportedly told the police that he was angry after the bus dirtied his clothes.

Bihar woman who was transfused HIV-infected blood by her hubby, dies

Bihar bans manufacture of sacramental wine for blessing in Churches