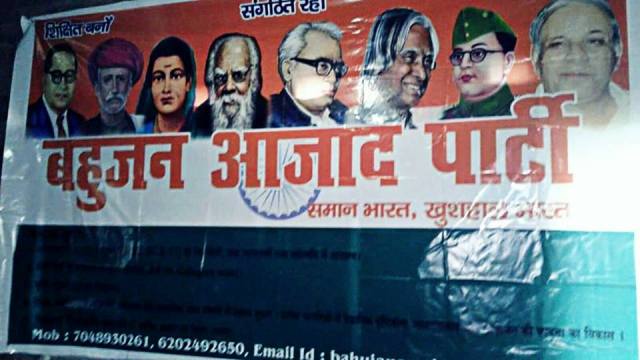 PATNA: A group of 50 alumni from the prestigious Indian Institutes of Technology (IITs) have formed a political party to fight for the cause of the Scheduled Castes, Scheduled Tribes and Other Backward Classes.

The IITians formed the political outfit nicknamed Bahujan Azad Party (BAP) after quitting their full-time jobs. All of them come from the weaker sections of the society.

“We are a bunch of 50 people, all from different IITs, who have quit our full-time jobs to work for the party. We have applied to the Election Commission for an approval and are meanwhile doing ground work,” Naveen Kumar, a 2015 IIT Delhi graduate, was quoted as saying by news agency PTI today. Kumar is the leader of the group.

The group plans to make foray into politics by contesting the next assembly elections in Bihar due in 2000.