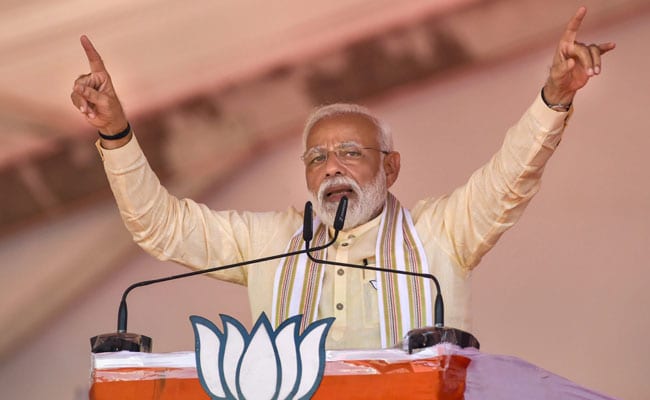 Victory and defeats are part of every election. Whoever wins doesn’t matter; what matters the most is how the elections have been fought. But the way the BJP headed by Prime Minister Narendra Modi has gone on aggressive campaigning and hitting out at its rivals through his election speeches have obviously annoyed various sections, experts say.

The general talks of discussion among the masses is that the allegedly “undignified” poll language and “derogatory” comments passed against the opposition by the PM and his colleagues have irritated the masses very much even as the two rounds of polling are still left in the country. The prevailing situation is that even the “neutral” voters are not feeling comfortable with the elections campaign of Modi—either belittling his rivals or virtually holding out threats.

Although this particular set of voters were almost silent so far but the way the Prime Minister passed his disparaging remarks towards his predecessor Rajiv Gandhi who is not alive to defend himself has left them hugely irritated. Modi has been quoted as referring to late Gandhi as the man “ending his life as bhrashtachari (corrupt) number One”, inviting strong protests from various quarters.

“I and my family have never been the Congress supporters and wrote against the Congress in the past but the way the Prime Minister passed derogatory remarks against former Prime Minister Rajiv Gandhi who was killed in a terrorist attack has anguished me a lot. The comment is not only shameful but it also reflects the desperation of the Prime Minister,” a senior journalist Jaishankar Gupta commented in his Facebook post.

“The most common thinking about Modi is that he speaks too much; rather he only speaks. Now his speeches are full of factual errors too. He must understand that he is the Prime Minister of India and hence he should maintain the dignity of the post he is holding. The man whom he says as bhrastachari number One has been acquitted by the Delhi High Court in the case and his government didn’t dare to challenge the judgment in the Supreme Court,” Gupta who happens to be the Executive Editor with Deshbandhu newspaper adds.

This was not the first time that the PM has showed his rivals in poor light. Rather, he has continuously gone on describing his rival alliance as “mahamilawat” (Most adulterated) forgetting the fact the NDA itself remains a conglomeration of as many as 41 (forty one) parties.

This came as a huge shock to the masses when the PM termed the coalition of Samajwadi Party, Rashtriya Lok Dal and the Bahujan Samaj Party as “Sharab” (liquor) and advised the people to stay away from them. In case of Bihar, his party colleagues have termed the opposition Grand Alliance comprising six parties as “Thagbandhan” (a gang of cheats).

Likewise, the PM has termed Andhra Pradesh chief minister and former ally Chandrababu Naidu is a “senior in switching sides and stabbing his father-in-law in the back” while he has gone on projecting West Bengal chief minister Mamata Banerjee as Speed-breaker Didi. Not only that, the PM and his party colleagues have showed jailed RJD chief Lalu Prasad in poor light too.

The present trend reminds the 2015 assembly elections in Bihar when the Prime minister had gone on treating his rivals in similar way which ultimately cost the NDA dear as the NDA was restricted to only 58 seats in the 243-member state assembly despite Modi’s intensive poll campaigns. At that time both Rashtriya Janata Dal (RJD) headed by Lalu Prasad and Janata Dal United (JD-U) led by Nitish Kumar were contesting elections together and hence Modi was more ruthless in his attacks on both the leaders.

While he described the RJD as the “Roz Jungleraj Ka Dar” party, the JD-U was explained as “Janata Ka Daman Aur Utpeedan”. His bitterest comments came when the PM found faults in Nitish Kumar’s political DNA at an election rally in Bihar, inviting strong protests from various quarters. Eventually, the BJP-led NDA lost the polls very badly. But what was more peculiar about this poll was that the BJP had fared very badly where the PM had addressed his election rallies. Modi had addressed as many as 27 rallies in the last assembly which was the maximum by any Prime Minister but went in vain.

Observers say the way the BJP leaders have gone on bad-mouthing their rivals in their poll speeches may spoil the NDA victory chances this time too. And if that happened, they themselves have to be blamed.