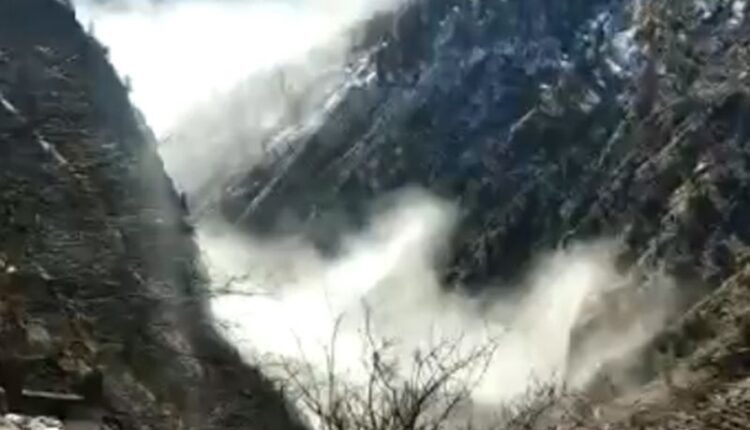 Reports quoting authorities and the media said the massive burst of water destroyed everything on its path.

According to officials, more than 150 people are missing after the incident which took place around 10.45 on Sunday.

This doesn’t look good. Prayers for people around Joshimath, Uttarakhand. A big flood in Dhauli Ganga near Reni village, 26 KM from Joshimath. Many homes destroyed after cloudburst and breaching of reservoir. ITBP rushed in for rescue
Video: @ITBP_official pic.twitter.com/E5j1PTDZo7

“The actual number has not been confirmed yet” but 100 to 150 people were feared dead,” Uttarakhand chief secretary Om Prakash told news agency Reuters.

Scores of mobile phone videos shared on social media shows the massive burst of water tearing through a narrow valley below the power plant, leaving roads and bridges destroyed in its wake.

Most of the villages being evacuated are on hillsides overlooking the river, which is a tributary of the Ganges, media reports said.