‘136-year-old’ Indian woman unhappy at being alive, wants to die! 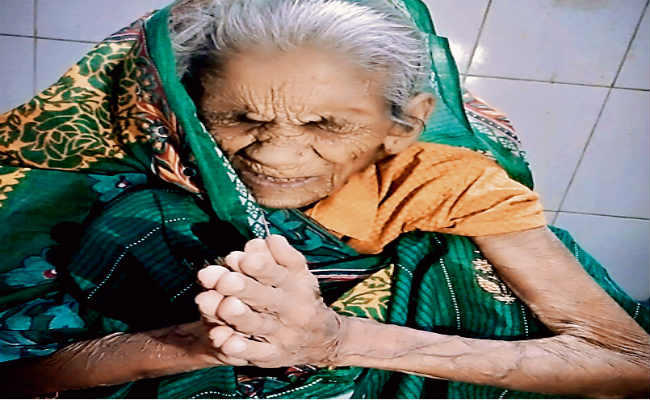 PATNA: A woman from India’s Bihar state being described as the possibly “the oldest woman” on the earth has become as the talk of the town for being alive for so long without facing any serious health complications.

Shivdharia Devi, a resident of Gopalganj district, has suddenly drawn the attention of the masses for her age. Her family members claim she is 136 years old though they have no official documents to prove their claim.

The woman, however, is not happy with her long life.

“Many of my children grew older before my eyes. I have seen many wars, deaths and destruction during my lifetime. Can one be happy after seeing so many tragedies?” she was quoted as saying in a local media  on Saturday.

She adds the death has, perhaps, forgotten her home.

“I am alive for so long because the God has served me the punishment,” she claims.

She says her happiest moment was when her husband had constructed a house at her native village after India had got freedom from British rule.

The woman is a complete vegetarian and eats less. “Though I drink sufficient amount of milk which keeps me fit,” she says.

According to her family members, she has rarely fallen and still walks without any support.

On Friday when her family members took her to the local hospital after she complained of pains in her knee, there was a mad scramble among the hospital staffs as well as patients to take selfies with the “oldest woman” in the world.

According to available official records, the oldest woman ever whose age has been verified is Jeanne Calment (1875–1997) of France, who died at the age of 122 years, 164 days and who is also the verified oldest person ever.