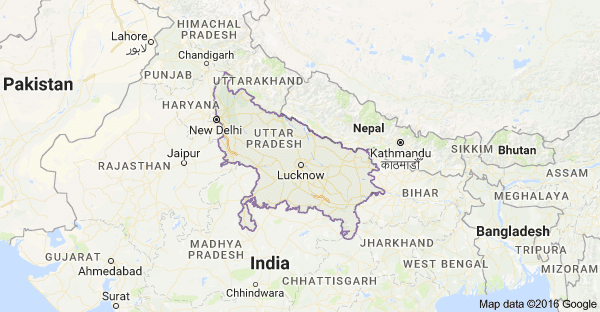 Shahibabad, Uttar Pradesh: At least 13 people were killed after a devastating fire broke out in a garment factory in Sahibabad in Uttar Pradesh’s Ghaziabad district on Friday morning, reports said.

All the victims were workers of the factory, where they were asleep when the fire broke out at around 4 30 am.

Three seriously injured persons have been admitted to hospital. The factory was located in a residential building.

There were about 40 workers inside the building when the incident occurred. Even as all of them tried to escape, the narrow passage at the entrance of the building in a thickly populated area blocked their way.

Though some of them succeeded in fleeing the blaze, some others could not.

Thirteen of them were charred to death while three were rescued and taken to a local hospital.