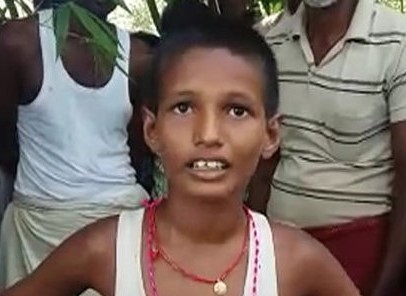 PATNA: A 10-year-old schoolboy has earned wide acclaims after he reportedly saved the of four of six girls who had drowned in a local river when a floods hit the region last week.

The incident relates to Gopalpur village under Shakurabad police station in Jehanabad district, a central Bihar district some 40 km south of Patna.

Reports said all the girls were returning homes after school when their feet slipped and they fell into the river.

Seeing them getting washed away by the fast current of the river, the brave boy identified as Vipul Kumar jumped into the river and saved life of four girls out of six.

The local authorities have announced to honour the boy for his bravery.

A scene at Bihar flood relief camps: Through camera’s eye!