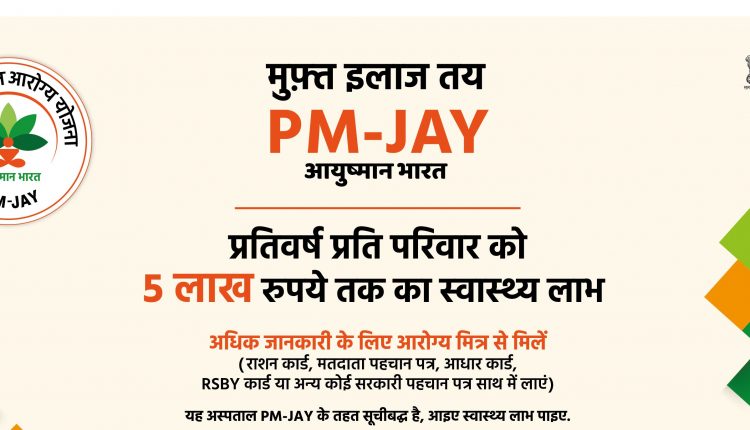 PATNA—Health Minister Mangal Pandey has said that Prime Minister Narendra Modi’s ambitious health scheme Ayushman Bharat is proving to be a boon for the people of the state.

Under the scheme, free treatment facility up to Rs5 lakh is being provided to the deprived and poor families. Till June this year, a total of 2,83,143 people have availed this benefit.

Pandey said more than Rs272 crore has been spent on the treatment of the people under this scheme.

According to him, a total of 68,52,382 golden cards have been issued to the people till June in Bihar. In June alone, 14,287 golden cards were issued while 4,648 people were provided free treatment under the scheme.

The health minister informed in order to provide better treatment to the identified families under Ayushman Bharat scheme, a total of 912 hospitals have been empanelled in Bihar.

According to the health minister, a total of 48,035 people availed the benefit of the scheme by getting free treatment during the COVID-19 period upon which Rs48.85 crore were spent.

COVID-19 infections hit India in the early parts of 2020, prompting the Indian government to enforce nation-wide lockdown on March 24 which continued till next three months.